My eldest boy who will be turning 11 this November has had a mobile device in his possession for a couple of years now as I wanted him to easily communicate with me, his dad or the authorities in case of an emergency and also to gain access to the internet for its educational value. But Bug and I also knew that by providing these tools opens the door to a bunch of potential problems.

He has recently added some of his friends to his contact list and they have been communicating through WhatsApp. There is no simple answer to the question on whether I should read his text messages. I feel that he should reasonably expect some privacy as he is mature and that my interference will send a negative message to him by in the form of trust. But at the same time, he is still a child, and I have to step up and not get confuse about my role as a parent and that is to keep him safe by keeping an eye on his daily activities while I still can and giving him the best advises possible.

So I found out yesterday that there are a couple of girls having “crushes” on him. And they were telling him how they feel about him. My gosh! I did not have this privilege of getting myself heard when I was a child. I can’t even use the house phone to talk to a boy! So unfair! This is all new to me. It was really funny. My son being him, straight with no emotions, just told these girls that he doesn’t wish to talk about the “crush” topic or else he won’ be texting them ever again.

So my advises for him this morning was to respect others even when he is communicating with them over chats. Never to hurt anyone regardless of their attitude towards him. Be nice and stay focus in class. Life has so much to offer us. And this is just the beginning.

He did asked me though if I read his messages. Well of course I denied it. Just told him it was purely motherly instinct 🙂 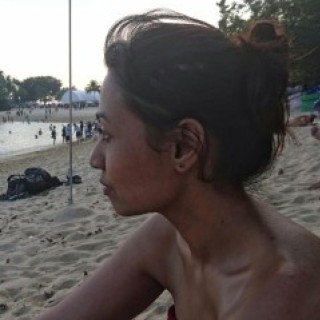